Nolan Howell: Hahahahahaha, holy fuck, this is actually happening, huh? Jesus. Liddell has been retired for closer to ten years and Ortiz is probably still a competent enough grappler. While Liddell has always had Ortiz’s number, all his training videos look awful and nothing tells me he is fast enough these days to sprawl and brawl. Simply put, Ortiz looks like a decent enough low-tier fighter, while Liddell has no business being anywhere near a cage ever again. Tito Ortiz by first-round submission. 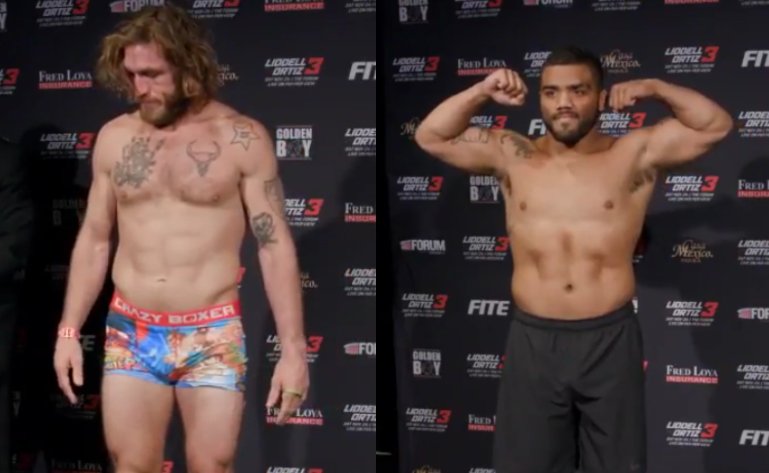 Nolan: Winn looks to be better at Lawlor’s bread-and-butter than he is and has shown some powerful striking. Lawlor is splitting his time between MMA and pro wrestling and this could very well just be a quick paycheck for him. While Lawlor is the more tested of the two, this seems like name value vs. prospect and I will take the prospect. Deron Winn by second-round TKO.

Nolan: Escudero is probably the less shot of these two fighters and has been having success since his UFC release. However, Luke has told me that I will be fired if I do not pick the Patron Saint and namesake of Undercard Superstar, so we have to go with the only way he knows how. Gleison Tibau by split decision.

Nolan: Jay Silva lost to Mariusz Pudzianowski in the year of our lord 2017 and was, somehow, someway, at some point, a UFC fighter. No analysis there, just some facts for you. Oscar Ivan Cota by first-round KO.